Today we have an Ask Miss Caro-chan that I've been meaning to write about for a while! I've been putting this off for so long that I've actually gotten several questions about it, here are just a couple of them!

What do you think is considered casual loli? I'm still failing that balance between lolita aesthetics and casual/mainstream fashion (at least the skirt is loli; the coordination just fails miserably).

Hey! I'm 13 years old now,an i really love Lolita. But sweet is a little to much for me. Can you make a blog about casual lolita? And how to wear it at school? i have totally no guts. So please help me!! -XoXo- p.s. sorry for my bad english

That's right, today's topic is Casual Lolita! I've actually put off writing about this for so long because I feel that Casual Lolita is definitely a misnomer and and generally often misunderstood branch of Lolita. A lot of what people consider Casual Lolita is actually most likely either just part of, or inspired by, the Otome Kei fashion.The rest, is honestly just plain old Lolita!

There is also a lot of differences in opinion on what makes something Casual Lolita, are we talking about a regular Lolita coordinate that just so happens to include tee shirts, "toned down" Lolita, or Otome Kei coordinates? All of these things are often considered "Casual Lolita", but tend to be a bit different from each other!

The classic (With a little "c" here! Not the sort of Classic that involves Victorian Maiden & Inncent World!) idea of what constitutes a Casual Lolita coordinate looks a bit like this:

To me, these are one Gothic Lolita coordinates and 3 Sweet Lolita coordinates, the last of which sways more towards Otome. I don't really feel that the addition of a tee shirt, or slightly less amounts of poof (in some of the cases, not even all of them!) are really enough for a whole new sub-category of Lolita!

If you're looking to simply tone town your Lolita a bit, consider the following:
These three simple tips tend to be enough to make your preferred Lolita style more casual, for when you still want to wear Lolita, but you don't want to constantly be knocking stuff over with your petticoat or feeling like you're overdressed! These are also things that I tend to do when wearing Lolita on an everyday basis. They're simple and easy, as they should be if you want to tone it down a bit!

I don't really feel that Casual Lolita has enough different style elements from other Lolita sub-styles that it really stands on it's own as a distinct sub-style. Instead I feel that almost any style of Lolita can be worn in a more casual manner just by toning down the outfits a bit.

Within the Lolita fashion outside of Japan, Otome Kei brands who happen to make Lolita appropriate pieces are very often considered Casual Lolita. Of course, these brands do make the perfect dresses for wearing Lolita on a more casual basis, but to me it always seems a bit wrong to take an already well developed fashion, such as Otome Kei (which has been around just as long, if not longer than Lolita!), and to sort of diminish it's importance as a fashion by referring to it as casual wear of a different fashion.

If you are interested about pairing up Otome with Lolita (and that is the post that I've been meaning to make forever! Hopefully one day...), consider some pieces by Milk, Jane Marple, or Emily Temple Cute, as they tend to be the classic examples of Otome brands that also make Lolita appropriate piece. 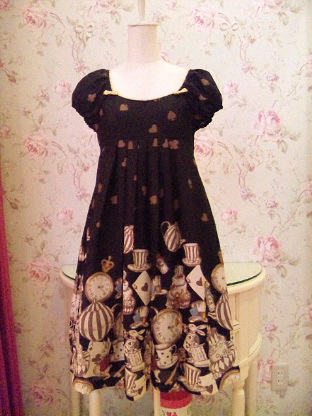 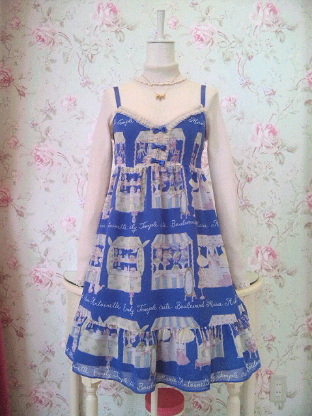 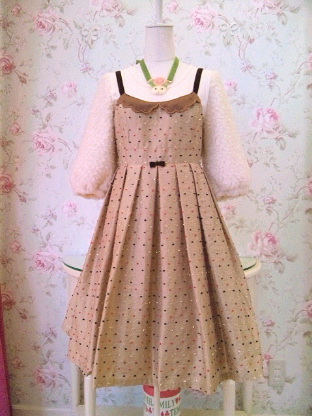 These are just some of the dresses that Emily Temple Cute makes that often get lumped in with Casual Lolita!

What do you, personally, think about Casual Lolita? Do you feel that it's a subcategory all it's own? Or do you just tend to wear Lolita on a more casual basis and just consider it part of the regular Lolita style? How do you wear Lolita when you need to tone it down a bit?
Posted by caro-chan