The Pure Maiden: Lifestyle Lolita to the Extreme 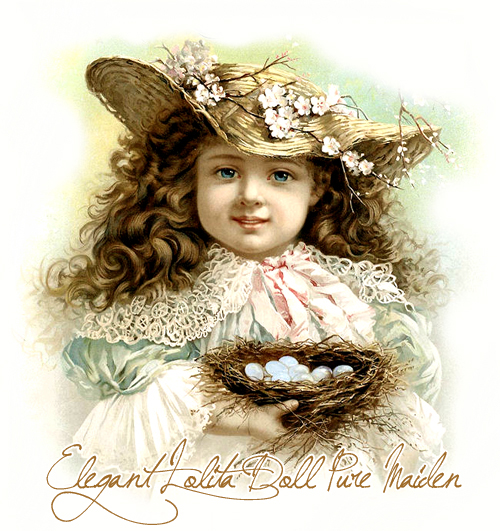 Lately I've been digging around old community posts, as well as archived older websites about the Lolita fashion, out of a sense of nostalgia and curiosity to see how the Western Lolita community has evolved from those dark days. When I say old, I do mean old, I'm talking posts and websites that either just passed their 10th birthday, or are soon to see one! Even back then there was still the idea of the Lifestyle Lolita, but of course, that wasn't a term coined until much later, but rather at the time the idea of the Lifestyle Lolita was a sort of nebulous half-formed idea of what it meant to be Lolita. Myself and some friends who were around at the time refer to this old school extreme Lifestyle Lolita as being a "Pure Maiden", a term inspired by the flowery musings (or ramblings, depending on your thoughts on the author) of Novala Takemoto that were published around that time. 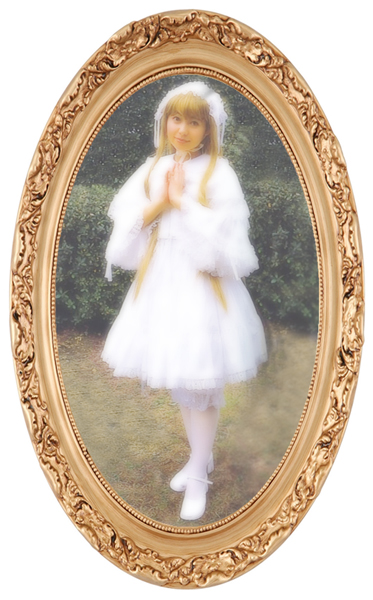 The Pure Maiden was a far cry from today's Lifestyle Lolita, who's motto is often simply "Beautify your life!" and even quite a bit different than the Kamikaze Girls era Lifestyle Lolita, who was a self-professed Lolita princess. Rather, the Pure Maiden of times past was deeply invested in the Lolita aesthetic of the time, which had a very heavy emphasis on being doll-like and elegant, and was focused on making every aspect of her life as Lolita as possible. She wasn't exactly Lolita royalty, but instead was something more akin to a frail princess locked away in a tower, with nothing but the frills to keep her occupied.

"Traditional" Lifestyle Lolita activities were not just considered appropriate hobbies for Lolitas to take up, but were an absolute must and taken very seriously. Tea, dolls, reading, generally obsessing over Japan, and various Lolita-related creative endeavors were how the Pure Maiden whiled away her lonesome hours.

The Lolita Pure Maiden of long ago was a somewhat strange creature, I never could be sure if she was real, or an elaborate online persona adopted by many in a time where getting your hands on anything even remotely close to "authentic" Lolita was nearly impossible, so you sort of had to overcompensate in other aspects of your life to let people know you were serious about Lolita. But real or mythical, despite being the complete opposite of my daily Lolita life, she holds a special place in my heart as a symbol of the ultimate Lolita that one hoped to one day be when I was first getting into the fashion.

Pure Maiden Checklist
Are you a Pure Maiden at heart? A lonesome princess of your own heart with a lace cage wrapped around your melancholy soul? This handy check can help you tell if you are one, or set you on your way to becoming a Pure Maiden!
Of course, this checklist is all in good fun, a bit tongue-in-cheek, and certainly not any standard by which a Lolita must live her life! Simply meant to illustrate the somewhat stricter standards that incredibly old school Lolitas claimed to live their lives by. By today's standards the the Pure Maiden is a bit extreme, to say the least, even for the most dedicated Lifestyle Lolita!

This extreme style may have been something more of a myth than reality, and not exactly suited for Lolitas living in the real world, but I find the sort of frivolous decadence that the Pure Maiden Lolita claimed to indulge charming and nostalgic. If you're interested in reading what would have been considered a Pure Maiden's bible, even in the days before the Gothic & Lolita Bibles were published, check out this page for some linked translations of some much older Novala Takemoto essays on living a maidenly life! Check out this sample from his essay, The Illusion of a Flowering Young Lady:


In a faded pastel world, where it's absurd to believe that the hearts of children are pure, a clown is shedding tears over the lack of imagination, and it is this which we must scorn.

After reading even just a couple of Takemoto's essays, it's not difficult to understand how fans of his back in the day decided to live their lives so fancifully.

What are your thoughts on the Lifestyle Lolita in general? If you consider yourself one are you part of this modern era of Lifestyle Lolitas who simply try to enjoy Lolita as much as possible and add some beauty to your life? Or do you live your lifestyle more like one of the fabled Pure Maidens?