Lolita is a fashion that originated in Japan and focuses on dressing feminine. Lolita fashion tends to have a distinctive silhouette, which is achieved with the use of petticoats, and often focuses on the cute or feminine, sometimes taking inspiration from antiquity.

A Lolita is someone who dresses in this fashion. A Lolita may simply dress in the fashion, they not have to act the part unless they so choose to. You are not any less of a Lolita because you do not like the taste of tea and would rather listen to Black Sabbath than Bach. The Lolita police do not come to your house and confiscate your petticoats if you swear and have tattoos.

Lolita has a lot of terms and abbreviations, if you're curious about any of them, check out this glossary.

This kind of Lolita has nothing to do with the dressing like the other type of Lolita. I promise. To read more about why Lolita is named the way it is, check out this post. 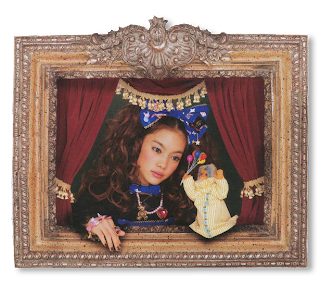 F Yeah Lolita's Crash Course In Being A Successful Lolita
That's the most basic information you need to know when it comes to Lolita. Of course, if you are interested in knowing more you could read this blog perhaps. But, it's a big blog, and a curious individual or a Lolita in training might not know where to start! Well, how about some handy links? If you are a newbie to the fashion and would like some help you should check out the Newbie Tips tag on my entries. If you are a Lolita newbie and want the F Yeah Lolita crash course in being a successful Lolita, check out these posts:
If you have a question that I have not covered, feel free to ask me in my Ask Miss Caro-chan section of the blog!