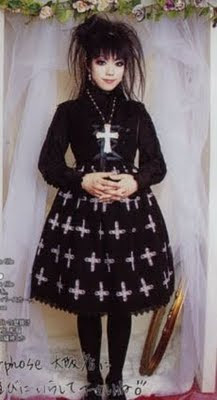 Many people consider any Lolita in black to be Gothic Lolita, while I personally feel that Gothic Lolita has to be a bit more... well, Gothic. I think that if you can replace the black parts of a dress with pastel pink strawberry covered print, and change all the black accessories to white and it turns out looking perfectly Sweet Lolita, than it was hardly ever Gothic Lolita in the first place. Don't get me wrong though, I love Kuro Lolita and Sweet Lolita in black colorways, I just wouldn't ever call it Gothic Lolita. So, why do black Lolita outfits tend to get lumped as Gothic Lolita simply because they aren't covered in pastel pink ponies? Maybe it's just because popular opinion says so, or maybe it's because not everyone is entirely familiar with Gothic styles outside of the Jfashion world, because, as any Goth worth their eyeliner will tell you "Just because it's black, doesn't mean it's Goth, but Goths don't only wear black." So in this post, which is a bit more personal opinion than Lolita law, I'll hopefully be giving some tips on how to make Gothic Lolita coordinates actually a bit Gothic.

What makes a Gothic Lolita outfit? If not simply the color black?
A lot of things make an outfit Gothic Lolita, and some of these things are very hard to pin point, as Gothic Lolita tends to be one of the more fluid and varied Lolita sub-styles, at times blending with Classic, Punk, or other non-Lolita Jfashions. If I were to try to describe exactly what makes it different, I would say the mood of the outfit. Good Gothic Lolita can manage to look gloomy, elegant, mysterious, and even a bit macabre all at the same time. If you want a bit more details, well, here's a handy bullet list!
I've dug around my Gothic & Lolita Bibles and other Lolita magazines and scrounged up some Gothic Lolita pictures (the best place to find them are in the street snaps!). These, in my personal opinion, are all pretty great examples of Gothic Lolita. 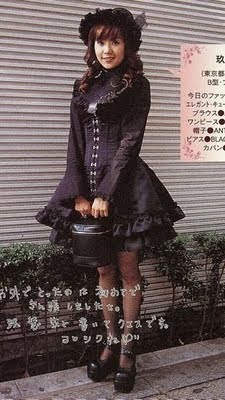 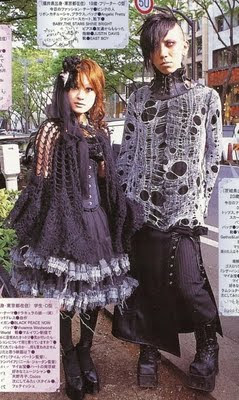 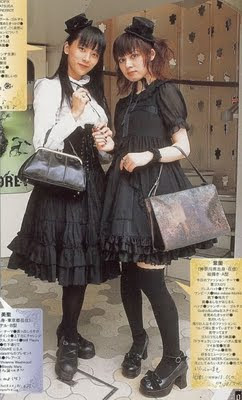 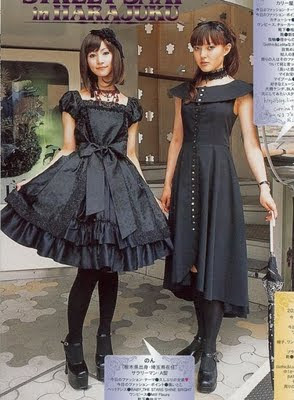 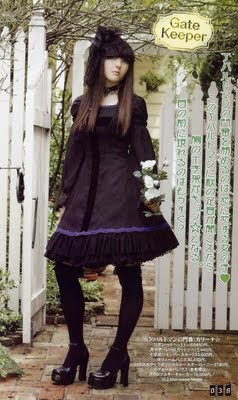 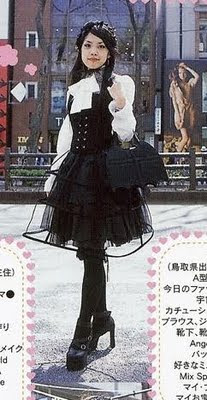 Other colors in Gothic Lolita
In the above examples, you'll notice that most of the coordinates are completely black, or black and white. While these are the most common colors in Gothic Lolita, there are many other colors to choose from. Deep jewel tones are a favorite, with blue possibly being the most common color, but burgundy, gold, and even greens and purples are seen as well. When using color with Gothic Lolita, you do have to be careful that the coordinate doesn't start slipping into Classic Lolita territory, as color can sometimes make it do. 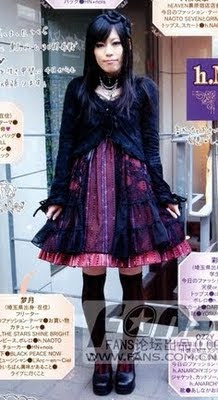 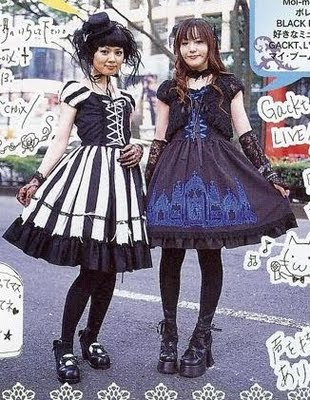 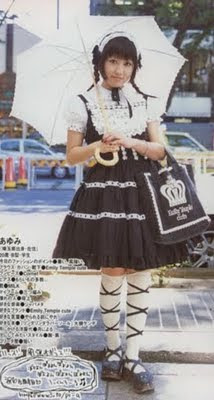 Spot the differences!
Black and white seems to be the "traditional" Gothic Lolita color scheme, even more so than all black sometimes! But any old black and white coordinate really shouldn't be called Gothic Lolita. Take the two coordinates above for example, they really aren't similar at all, other than color scheme. The dress on the left wouldn't exactly pass the "pastel pink strawberry" test at all, because then it would merge perfectly with Sweet Lolita. The one on the right would look very strange if it was covered in strawberries. If you still can't spot the differences, here's a rundown of these two particular coordinates.
So does that mean to be a Gothic Lolita I can only wear wear Moitie, Atlier Pierrot, or Antique Beast? That stuff is nearly impossible to find and cost about a million dollars anyways!
Of course not! While many Gothic Lolita dresses are designed specifically for the style, just as many Sweet Lolita dresses can hardly ever be anything other than Sweet Lolita, you can make a great Gothic Lolita coordinate out of a plain black cotton JSK. It's sometimes just a matter of how you accessorize the dress. 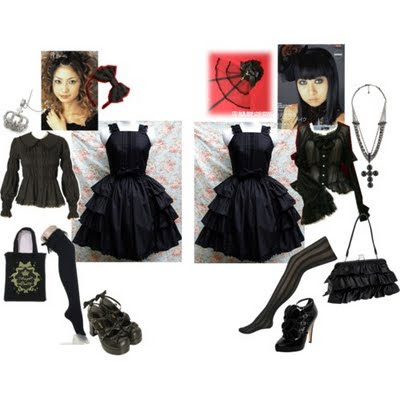