Convincing Your Parents To Let You Wear Lolita 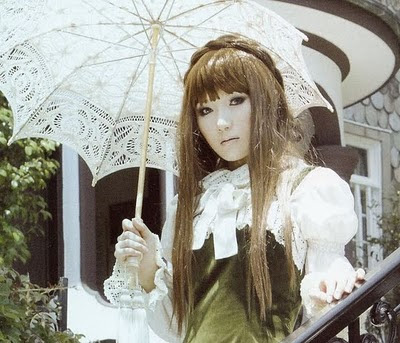 I seem to have accidentally deleted my old Ask Miss Caro-chan post! I have reposted it, along with a new form to ask questions through, I'll now be doing the questions via Formspring, or just through the comments on the Ask Miss Caro-chan page. Hopefully, this way, I will get to answer a lot of the quicker questions that don't require a full length post!

Now that that's cleared up, today's Ask Miss Caro-chan is from Sarabelle, who asks


I'm sixteen, and have recently discovered lolita fashion...and have fallen head over heels in love with it! I want to start building a wardrobe, but I don't quite know how to tell my parents, lest they say no. What could I do/say to convince them?

Note: This post was written with the help of my friend Cherie, who had to do a lot of convincing to be able to wear Lolita when she first got started!

I have to say, as much as I know you're not going to want to hear it, there is no magic word to get your parents to let you dress in Lolita. My own parents, when I started dressing Lolita all those years ago, where OK with the fact that I had decided I wanted to look like what they thought was a crazy Victorian doll, but strange fashion choices were really not something out of the ordinary for little Caro-chan. Your parents might not be as understanding, but I'm sure you know them more than I do, but are you sure they are not going to allow to wear Lolita? There are a few things you can do to test the waters before you take the plunge into frills.

First, look at Lolita fashions with them. Either find pictures online and show them, or buy one of the various Lolita publications out there and browse through it with them. Leave it on a coffee table where they're sure to find it if you have to! Avoid something like showing them pictures of Lolitas from a manga or anime, as they might think you just want to dress like a character from a cartoon or comic book, they might not understand that some characters in anime and manga wear clothes inspired by real life. See what their reaction to this and let them know that you would love to wear these clothes. If they seem OK with the idea, then you're pretty much good to go. Try to start small though, don't dive head first into towering pink wigs and ultra-rare and expensive dresses.

If you bring up the idea of dressing like the models in these magazines and your parents give you the "I don't mind it, but not on you!" speech then you're probably going to be in for a rockier ride. There's really not much I can tell you that will grantee them to give in and let you wear the frills, but there are a few tips and pointers you can try to get them to hopefully change their minds.
The most important part of convincing a parent to let you wear strange and expensive clothes is to prove to them that you are both serious about it and mature enough to handle it. They might think it's just a silly and expensive phase that you are going through and will get sick of in a couple months.


What to do if your parents don't trust the fashion because of the word "Lolita"?
It's no secret that "Lolita" has a few different meanings, because of this your parents might instantly get the wrong idea about what you mean when you say you want to start dressing in the Lolita style. First of all, you shouldn't really completely avoid calling it Lolita, as they're bound to figure out that it's called that since it's on many Lolita websites and right in the title of many Lolita magazines. Explain the style to them, let them know that it is a fashion from Japan that is based on wearing modest and feminine clothes. Reading the book yourself might be a good idea, even just so you will have first hand knowledge about just how little it has to do with the fashion. Also, it's a pretty good book and a classic, so you should definitely read it for those reasons as well.

That's about all the advice I could give on the subject, like I said, there's really no sure fire way to allow your parents to dress the way you want. Some parents are just more willing than others.

To my readers, how did your parents react when you first started wearing Lolita? Did you have to do any convincing or did they encourage you to dress however you wanted?
Posted by caro-chan