The other day, while procrastinating finishing up cleaning, I was lurking around EGL and saw this awesome film class project posted by LJ user MariaVicious. It's a trailer for a movie that will never be, but it's still awesome to watch and just dream about zombie Lolita apocalypse.

Oh my gosh, how I wish this was a real movie. There's certainly a lack of movies starring Lolitas out there. I mean, there's only so many times I can watch Kamakaze Girls XD

Ironically, I saw this trailer right after I learned about the upcoming real movie, staring what is apparently a psychopathic demon possessed Gothic Lolita, Gothic & Lolita Psycho. 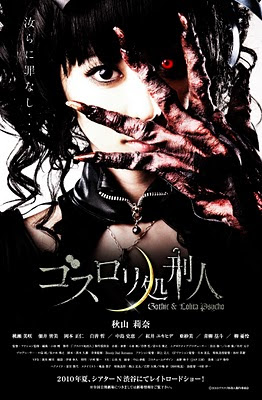 There's apparently not much info out about this upcoming movie at the moment. Expectations for this movie? Not much, movies like this, to me at least, tend to be silly at best. Just girls in fun clothes running around doing shocking things. I certainly am not expecting much from it after finding out that starring idol has the nickname that translates to "Queen of the Beautiful Ass". It could be fun in a cheesy horror romp sort of way, but I'm not really expecting anything profound out of it.
Posted by caro-chan