Country Lolita is a substyle of Lolita that's rarely seen nowadays. Maybe it's the dawning of spring combining with my fondness for old school Lolita, but I've been sighing dreamily over country Lolita for a few weeks now.

To those of you who are unfamiliar with Country Lolita, it is a style of Lolita that is a bit Sweet and a bit Classic and all cute. Like most old school Lolita styles it's a much simpler style than other kinds of Lolita, but it can sometimes be hard to pull off. If you look too cutesy, you just look like a Sweet Lolita in a straw hat, if the colors are too dark, you just look like a Classic Lolita in a straw hat. There's a sort of balance between childish and mature for Country Lolita, I tend to think of it as a country girl in her Sunday best.There are some elements that are classically Country, so if you are planning on putting together a Country Lolita outfit for the very first time, keep a few of these pointers in mind: 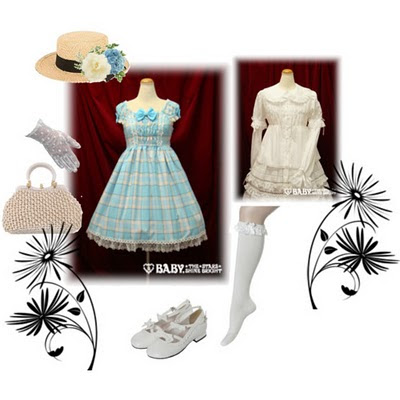 Here's a little Country Lolita coordinate I put together. I really love the look of a short sleeved OP with a long sleeved blouse under it. It makes it makes it look both a little bit fancier, and a bit more modest. You're probably going to have to change the ribbon on any straw hat you find, but it's not hard to snip off one ribbon and glue another one on. While you've got the glue gun out, why don't you add a corsage of flowers as well? A bunch of wildflowers and daisies would look perfect tucked in a straw hat!

Looking for some more Country Lolita inspiration? Try combing some of the earlier Gothic & Lolita Bibles, you're bound to come across some in the Spring issues. Don't have any Bibles from that long ago? Well, I did all the hard work for you! Here's a few choice Country Lolita outfits from the Bibles. 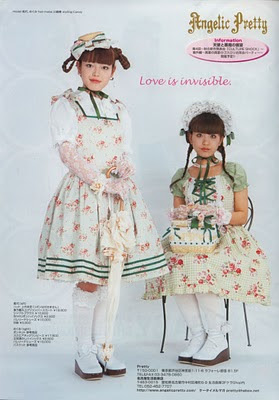 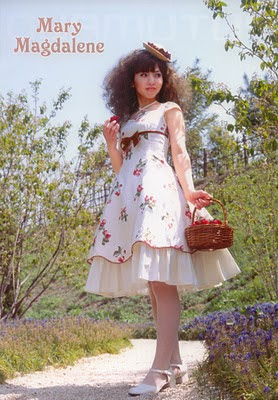 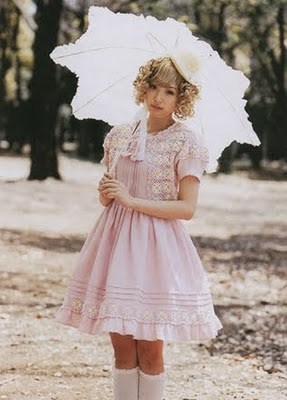 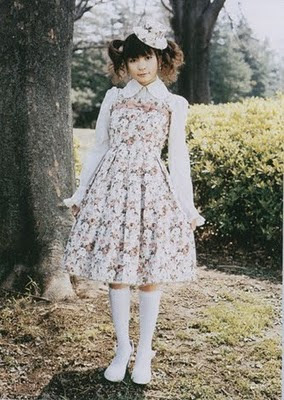 If these have left you scratching your head and thinking "I don't get it, isn't this just Sweet Lolita with hats?" well, yeah it pretty much is. If you want to try Country Lolita for the first time, and don't really have a straw hat to make it official Country Lolita, don't worry about it to much! Just keep the light and natural style of Country Lolita in your look and you will be a breath of fresh air in comparison to some of the technicolor super hair-sprayed Sweet Lolita that is so prevalent nowadays.
Posted by caro-chan