Todays Ask Miss Caro-chan is a quick one, it comes from a girl named Drama Queen. I would have liked to have been posting a few more questions, but Christmas kind of got in the way. But don't let that stop you from asking more questions!


whats the difference between gothic lolita and Kuro Lolita? 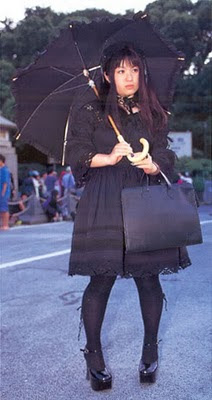 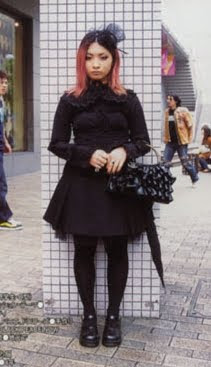 A couple of Kuro Lolita coordinates. Their dresses are very basic Lolita, a JSK and blouse or a blouse and skirt combo, everything is simply black. 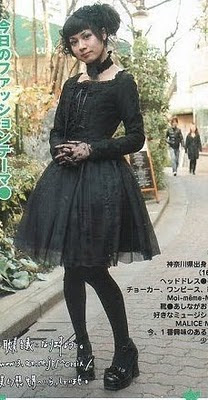 A couple of Gothic Lolitas, while they are wearing a lot of black, their coordinates both have a very Gothic style.

Kuro Lolita has a sister style called Shrio Lolita, "Shiro" meaning "white" in Japanese. It is, you guessed it, an all white Lolita outfit. Despite the fact that it's the exact same thing as Kuro Lolita, only with white, no one ever gets it confused with Gothic Lolita because white is not seen as a gothic color. 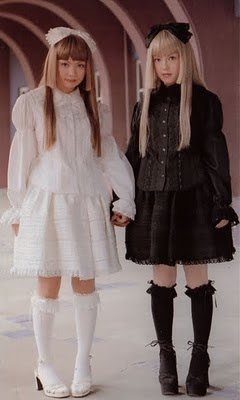 Shiro and Kuro Lolitas are often the themes of many twin outfits!
Posted by caro-chan