Being a Lolita at an Anime Convention

Since this post is all about conventions, I want to start this post out with an announcement about The Tea Party Club UK's upcoming Lolita convention: Frock On! Frock On is a UK Lolita convention happening in late August. I've been incredibly excited to see so many Lolita conventions pop up in the past few years! Unfortunately they're all pretty far from me, but I've been trying to participate in whatever ways I can! For Frock On, I'll be remotely answering Ask Miss Caro-chan questions. So if you have you're in the UK and have any Lolita questions that have been eating away at you, check out this page to see where to send your questions!

Since this post is all about conventions, this is a post I've been blogging because so many other people have written their own view on this topic that I felt the loliblogosphere maybe didn't need yet another post about it. But, I think it's finally time to add in my own two cents on the topic of being a Lolita at an anime convention.

I've been, more and more frequently as the years go on, regularly attending anime conventions since about 2006. I'm a late starter among my friends, who can sit around and talk about going to the very first of a few of the local area's largest conventions. My first convention happened very shortly after I got my first real pieces of Lolita clothes (thanks to a very large order from Fan Plus Friend) and I was really excited to get the chance to wear my new clothes in an all-out sort of way in a place where other people knew what it actually was I was wearing. Unfortunately for me I sort of looked like a hot mess, fortunately for me and everyone else it was a 2006 anime convention and it was pretty much on par with the times and the only other Lolitas at the con were 2 girls I very briefly saw all the way across the convention floor and then couldn't find again. 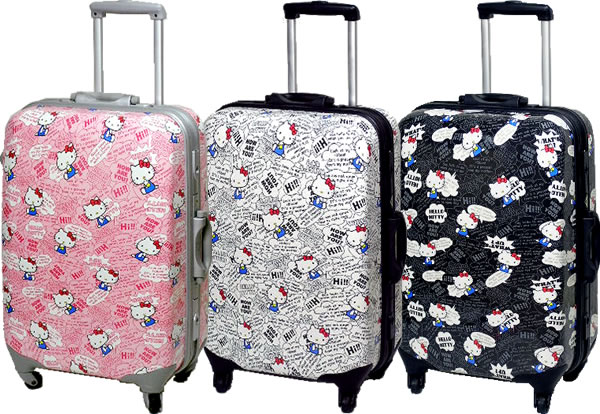 Packing for anime conventions
As a Lolita, packing for an anime con can either be a nightmare, or a total breeze. But before deciding what way the Loli-pendulum sways, you need to decide on outfits!

Most Lolitas who attend conventions in their Lolita finery will use the chance to go completely all out in their outfits. This might mean that extreme OTT outfit that they haven't had the chance to wear yet, a style that they feel is inappropriate for their daily lives, or a themed coordinate or even a Lolitafied cosplay. Plan ahead on what you want to wear on all 3 days, lay out all your clothes and shoes and purses out to decide what you think looks best, if you have a giant suitcase that you don't mind carrying around, then great! Toss that all in there and you're pretty much set! If you don't have unlimited space, you're going to have to be a little trickier with what you decide to pack.

Personally, as someone who is often at conventions to peddle my wares in the artist alley, I have a ton of bags and almost no space for my clothes. I actually plan to fit everything I need for Lolita in a single backpack. This isn't always easy, but I have found a few shortcuts for fitting 3 frilly dresses and a ton of accessories into one little space! 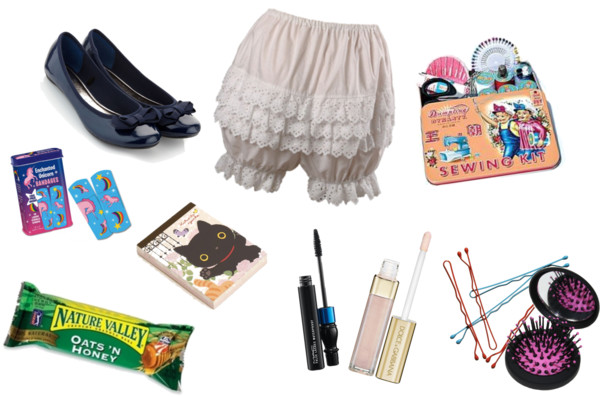 A Lolita's convention checklist
Never been to a con, or any other weekend long Lolita excursion and not exactly sure what to pack besides just your outfits and the usual traveling items? Afraid you're going to be forgetting something you take for granted and are totally going to be missing out on later? This is what I try to remember to pack when I get ready for conventions: 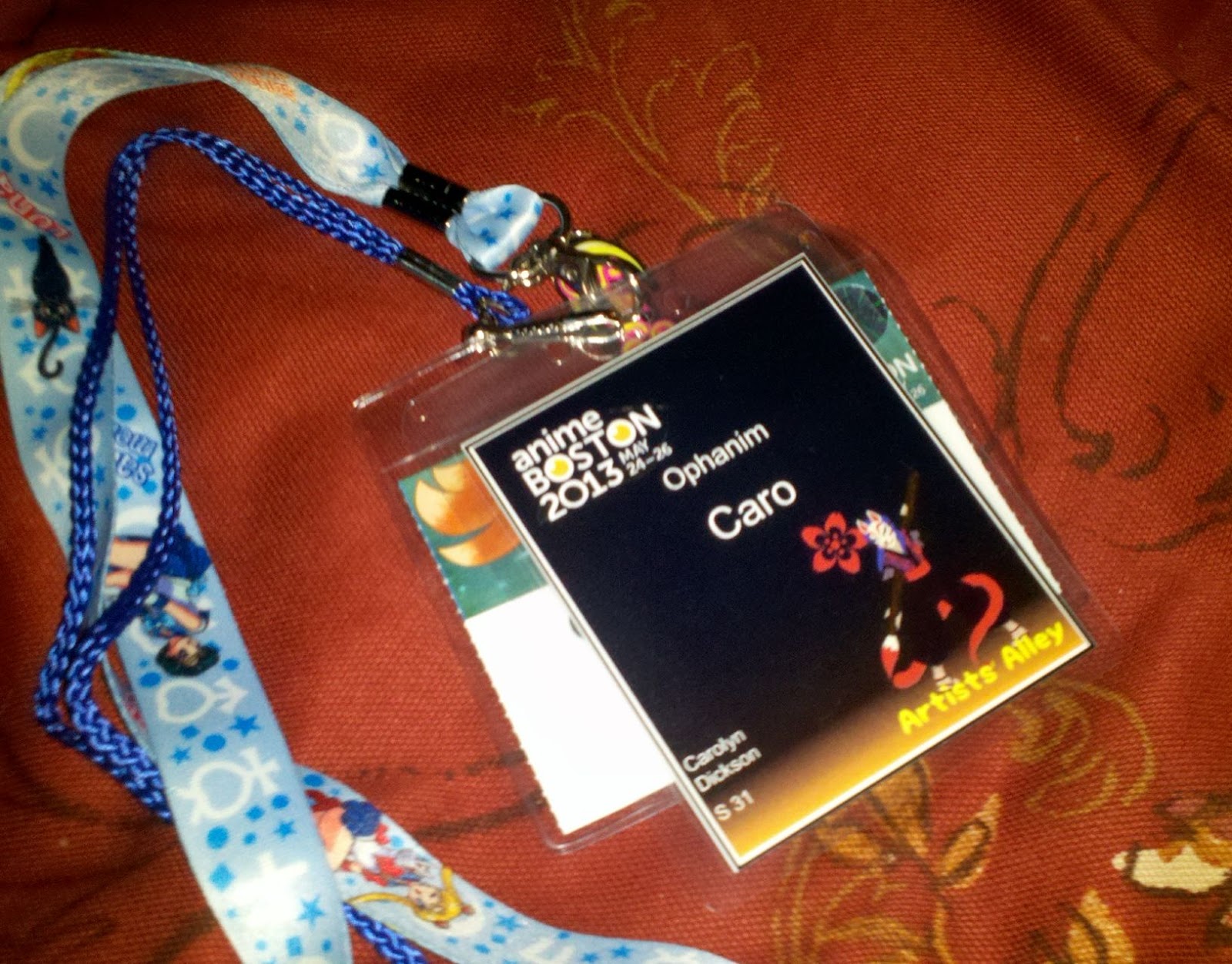 
Panels
Most anime conventions are bound to have what is commonly known as a Lolita 101 panel, even though it's rarely called that. It's just a basic introduction to Lolita for the con-going audience. I know, I can hear you groaning now "But that sounds so boring! I know what Lolita is already! Why would I want to go to that?!" here's the thing though, many Lolita panels, even if they are aimed at the complete newbie, are secret code for "Hey Lolitas! Go to this room to meet other Lolitas!". If the convention area has a local Lolita community, there's a pretty good chance they're running this panel and hanging out in the audience. Lolita 101 panels are often where any swap meets, meetups, or other unscheduled Lolita events are usually announced.

In addition to the classic Lolita 101 panel, if the local area that the convention is in has a large and active Lolita community, there's a good chance there are a few other Lolita or related J Fashion panels happening as well.


Fashion shows
Lolita, or general J Fashion fashion shows can often be a main event at anime conventions and they can range from a more elaborate style of Lolita 101 panel featuring examples of the different styles to opportunities for local designers to show off their looks. Larger conventions also commonly feature actual brand fashion shows!

If you're interested in participating in convention fashion shows, you can usually find model, or even designer, call-outs before the con either in the local Lolita community, or in the convention's forums.


Tea parties or meetups
A Lolita tea party or a smaller meetup is common at conventions that have a large Lolita attendance and they can range from an off-premise tea party or restaurant meetup, to a quick and casual "Hey, let's meet at this location in the con at this time!" gatherings to get the chance to meet the local Lolitas. Usually these are held after a Lolita meetup or fashion show.


Swap meets
Swap meets are another informal get together that's sometimes, but not always, advertised in the convention's programming, and they're incredibly fun if you have the space in your luggage to bring up some clothes you'd like to swap! If you've never been to one, it's pretty much exactly what it sounds like, you meet up with some other Lolitas and see who has any clothes they're willing to trade. Most conventions do not allow back-alley buying and selling, so most swap meets are strictly swap, rather than buy.


What to expect at an anime convention
If you've never been to an anime convention before you might be in for a surprise! Conventions can range from being massive, overwhelming affairs, to much smaller laid back weekends hanging out with cool people and taking in some neat panels. Do a little bit of research for what sort of convention you're headed to, check the local area's Lolita communities and maybe get to know some of the local Lolitas online beforehand.

As a Lolita, there are two interactions with the average con-goer that you are almost guaranteed to have: People will ask for your picture, and people will ask you who you're cosplaying as.

Conventions are often a chance for many people to show off and taking pictures and posing for pictures is often a big part of the con going experience, if it's something you feel very uncomfortable with, you're welcome to decline having your picture taken, don't feel like you're required to pose for a photo just because someone asks. If you wish to wear Lolita but remain a little more inconspicuous, consider toning down your outfit. Personally, I've found that if I wear relatively uneventful Gothic Lolita, I get very few, if any, photos taken of me. If I wear pretty much any other style, I will get a bunch. Black sort of blends in in large crowds and your average con goer might not really be able to spot the difference between your immaculately put together Baby the Stars Shine Bright kuro Lolita outfit and the dozen black-based Visual Kei Lolita inspired outfits they already filled up their memory card taking pictures of. If you're camera shy, unfortunately photos are a very big part of the larger event. Even if you're not currently posing for a photo, many people take photos and videos candidly, and it's almost impossible to stay out of the backgrounds of photos.


Avoiding drama: Don't cause it and you probably won't be getting any in return.
There is always a bit of background talk about Lolita drama at conventions, and most of these center around "rude Lolitas" who were sitting in silent judgement on someone else, usually from all the way across a convention hall. Generally, I feel like a lot of these stories are over dramatizations by some people who are either wildly overestimating how friendly strangers are going to be to you just because you're wearing similar clothes or who are completely misinterpreting a situation, if not so completely bizarre as to be outright fibs. After all, if you say "Hi" to someone in a room crowded with several hundred (if not thousand) other people at a convention and they don't respond to you, it honestly probably doesn't mean anything at all.

The truth of the matter is: not everyone is going to be nice to you, and that's life, regardless of what everyone is wearing. Even if you met someone who was outright rude to you, so what? Conventions typically have between a few hundred to several thousand attendants, if one of them didn't say "Hi" to you, or was even outright mean to you, just find one of the other myriad of people to talk to instead. I've been to many different conventions over the years and honestly have never run into this fabled "rude convention Lolita" even in my days of looking like a hot mess.

Generally, if you don't assume the worst out of people, and ignore those who's worst does show, you'll manage pretty much avoid any sort of convention Lolita drama.