I am pretty addicted to the world of cute, creative, and Lolita blogs, I love spending a few hours browsing around them, reading new articles and exploring new blogs by clicking around on links. I've tried to find ways to promote the various blogs I love, and articles I find interesting, from occasional shout outs, to the short lived "weekly prompt" thing that you may or may not have noticed on my sidebar. But I think the best way to send some blogging love out there is just to make a post about it. Will this be a new series? I have no idea! I would like to do this regularly, but, as I am sure you have noticed on here, I love to drop new series just as quickly as I start them.

Even if I just do it this one time, or every now and then, I hope you'll check out these blog posts and hopefully get as inspired by them as I have been! 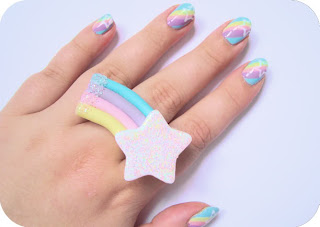 Over at Cupcake's Clothes check out this amazing shooting star nail tutorial! It's done on fake nails, but it's simple enough to do on your own nails. While my own Lolita wardrobe is not exactly the most colorful one, I am a complete sucker for cute pastel combos, and an even bigger sucker for stars!


Being Badass: Having Self Confidence is a post over on Geekminina (formerly Ramble Rori) about, you guessed it, being badass and having self confidence. It has some great tips for those of us that sometimes feel like we are not being the awesome person that we could be, as well as some tips on walking the fine line between believing in yourself and being a jerk. Christina has actually started a series on being badass, something I will be looking forward to more posts about! 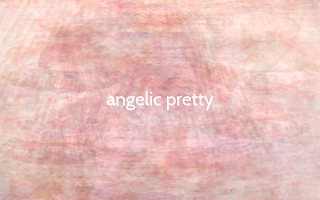 Over at iHanna, which is a crafty blog filled with eyecandy that I love to browse, she made a post about a neat little internet gizmo that makes fancy color splotches based on search terms through an image bank. Using things I don't quite understand, like technology and math and the internet, you just punch in a word and it makes instant art! I had fun punching in a variety of Lolita words, trying to guess what the resulting picture would look like, then being surprised at how wrong I usually was! 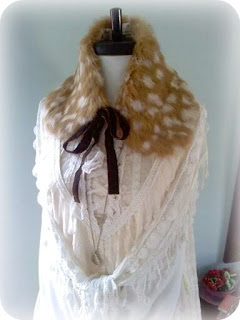 This post is a bit old, but even though it's from a blog I follow I somehow managed to miss it until now! Over at Moss Garden, Martha posted a wonderful Brothers Grimm fairy tale with a Mori Girl inspired coordinate. Her coordinates are definitely some of my top favorites, so this post was a real treat. Check it out for both the fairy tale and some more amazing photos of the coordinate! 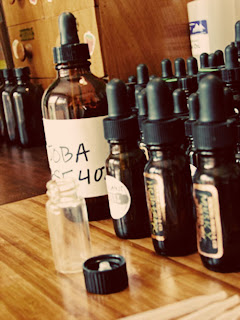 I don't know about the rest of you, but I am sort of a craft fanatic. If you can make it, I want to learn how to do it and make it for myself. My newest craft obsession is perfume oils. Some time ago I was trying to hunt down a very specific scent and was turning up empty handed so thought "Hey, why don't I just... make it?" so I did a bunch of googling and found that it was something I figured I might be able to do. I now have a small army of single notes and plans for releasing some signature scents in my Etsy. My experimentations are on hold for about a week though because I managed to spill a bunch of oil on my desk, so now my work space smells like a cupcake, making blending quite difficult! For those of you out there who want to possibly try this somewhat daunting task (It's not really harder than it looks, just more time consuming and fiddly) check out this tutorial over on Indie Fixx for making your own signature scents. I'm actually really loving Indie Fixx for their tutorials right now, I'm practically drooling over this one on infused sugar!

That's it for now! I am constantly reading blogs and hunting down tutorials and finding things I want to share with everyone, so hopefully I'll remember to feature some of the more fantastic finds on my blog here!
Posted by caro-chan