Bringing Back the Old School 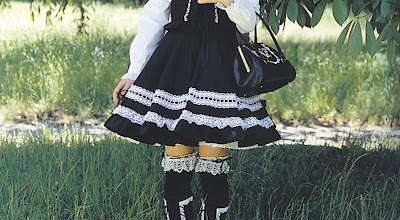 A while back (the beginning of November!) I started to write a blog post about general Old School Lolita and my fond memories of the early days and each time I go to write a little more it keeps morphing into separate posts! Angelically Sweet and the post about narrow headdresses both started out quick little paragraphs in this eternally unfinished post of mine and I'm afraid I've gone off track completely and yet another separate post has spawned from it.

Yeah, that's right, yet another post about Old School Lolita. What can I say XD I really love it and I would love to see the style come back, so this post is about exactly that: how to add some old school flair to your coordinates, even if you don't have a closet full of dresses from 8 or 10 years ago. Provided your closet isn't exclusively OTT prints I think that it's pretty easy to make an old school looking coordinate fairly easily without having to buy whole new pieces.

Like many things that simply aren't new any more, the old school style is shunned by some and many of the style elements (black and white, mini hats, clunky black shoes, etc.) have come to mean, to some, "unfashionable" or even "Ita". I think there is a lot to learn from the older Lolita styles and they shouldn't be written off simply because they are not so new any more. I think that keeping many of the older style trends in mind when putting together a coordinate can create some refreshing outfits. In a Lolita world full of mile high pink wigs, bold and colorful prints, and piling on as many accessories as you can the simple elegance of what we now consider Old School Lolita can be breathtaking. If you are interested in adding some old school elements to your coordinates, try some of these tips!
To get some inspiration flowing, here are a few of my favorite old school coordinates taken from the first 10 or so volumes of the Gothic & Lolita Bible. These are from 2001 to about 2003 or 2004 I believe, none of that 2008 immediately-before-Deco-Lolita-became-popular "old school" XD 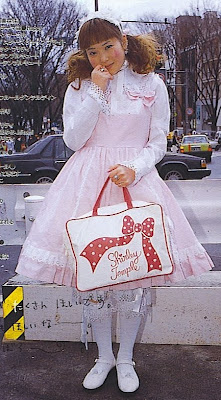 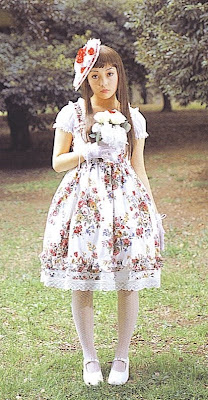 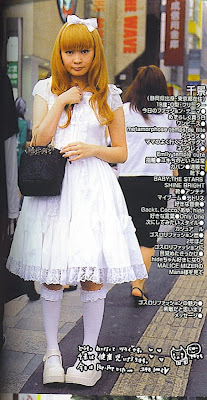 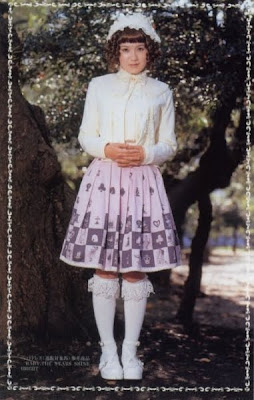 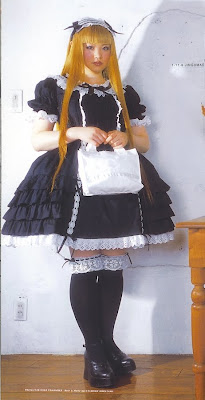 As you can see from these, the main pieces, the skirts and the dresses, are all similar to things still being sold by brands today, they just aren't nearly as popular as the OTT and next-big-print pieces. Some designs are recycled year by year and most brands have at least a few staple pieces that have been in their shop since the beginning. Baby, the Stars Shine Bright does this most frequently, and their recycled designs have remained relatively unchanged, with the exception of nicer photos and a bit more skirt poof nowadays. Here are a few examples of their recurring designs. 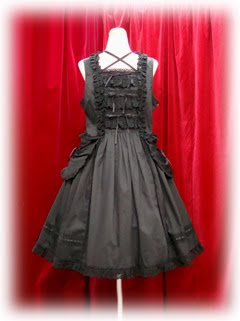 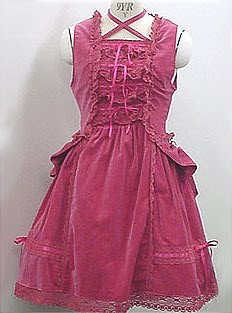 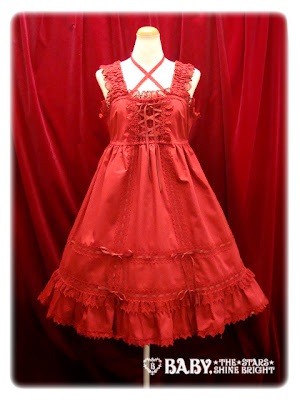 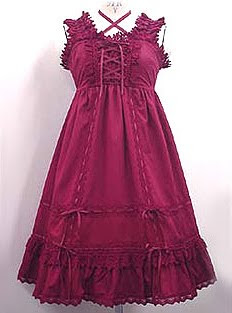 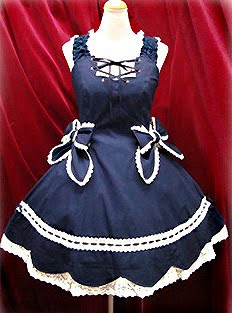 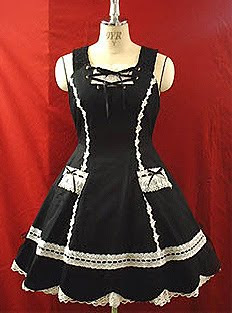 Left, 2010. Right, 2003, although they had been making the same dress for a few years before that, just without the scalloped hem.

So even if you have a wardrobe that is mostly OTT prints and very up-to-date pieces but you're desperate for something that has an old school vibe to it and you don't want to sort through second hand sales posts and buy a 10 year old dress, you can usually find something in the brand shops that's just a remake of a very old piece. Browse around on Hello Lace or The Lolibrary for the really old pieces, chances are you'll see something that's familiar because it's still being sold.

Some classically old school details to look out for are empire waists, laced up grommets, heart shaped pockets, 2 rows of lace running down the front of the skirt with tiers of lace on the side, shirring either all around or in the front, pintucks, and A-lined dresses. Older dresses were often times just as detailed and OTT in their own way, they just relied more on texture rather than color and print.

The old school style never really went away completely, it's been there all along just waiting to be rediscovered!
Posted by caro-chan