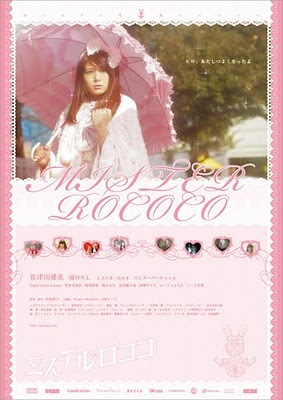 While checking my blog roll, I noticed mention of an upcoming Lolita film, Mr. Rococo. Mr. Rococo is an upcoming Lolita centric-film about a Lolita who falls for a guy who only likes strong girls, so to win his heart, this frilly little girl starts lifting weights and training. While this upcoming movie isn't actually a feature length film, like Kamakazi Girls was, it's apparently a short film, to be show at the Short Shorts Film Festival, a Film Festival featuring shorts that clock in at under 25 minutes.

This sounds like a cute and fun film, a guilty pleasure for Lolitas everywhere. The plot sounds like silly fun, and the main character is at least a departure from the frail and helpless girl that Momoko aspired to be.

There are a few things about this movie that kind of rub me the wrong way, mainly the way that movies like this often seem to be like feature length commercials for our favorite burando. But, all in all, I don't think this movie is meant to be taken very seriously, it seems like a silly romp through the frills that probably has a heart warming message at the end. So I'll try to quench my apparent rage at being advertised to, for something I already buy in abundance, whenever it is I get around to watching this film.
If you want to check out a trailer for the upcoming short, click here to head over to their official site! 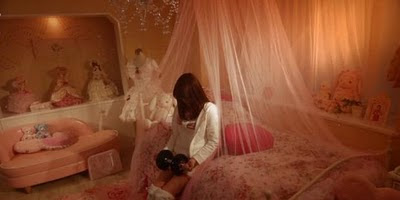 So, what do you think about the upcoming Mister Rococo? Silly Lolita fun, or obnoxious feature length commercial? What kind of Lolita movies would you like to see made? More light and fluffy pieces about Lolitas that live in a pastel dreamworld, or more realistic pieces where Lolitas are just normal girls in fancy dresses that have relateable problems?
Posted by caro-chan