Our local Lolitas finally had a meetup that didn't get snowed out! We traveled from all over the state (and the nearby states in a few cases!) to go out to lunch at a gourmet chocolate restaurant. There were 24 of us, 17 in Lolita, the remainder were well dressed husbands and boyfriends, packed into the rather small cafe. We took up all the tables, except for one tiny one, and made one huge L shaped table out of it. The film crew of LoliGirls was even there, getting some shots and doing some interviews, so that was pretty cool to see them in action and get to talk to them. I also realized that we have quite a few Lolita bloggers in the area! Sitting down to lunch with me were Miss Lumpy (who hosted the meetup), Victoria of Lolita Charm, and Rayray of Part Time Lolita. 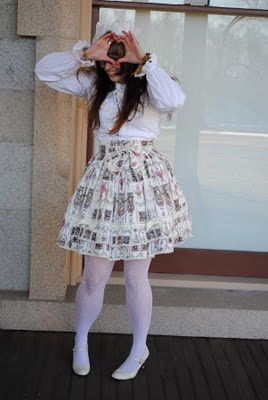 My outfit for the day. I need to work on my super kawaii poses...
Headbow & Skirt: BtSSB
Blouse: old Infanta, back when they were NekoWorks 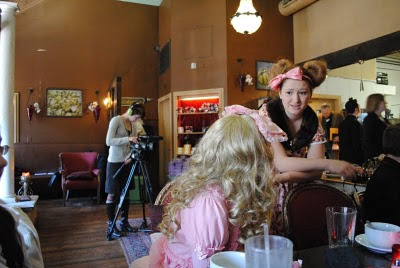 Inside the cafe, with the LoliGirls crew setting up in the background. 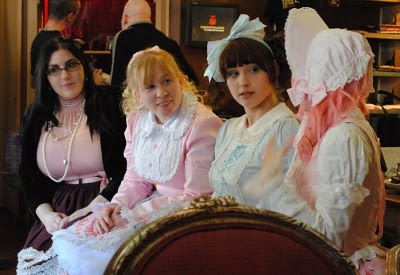 A group of girls doing a quick interview about what a meetup is to a Lolita. 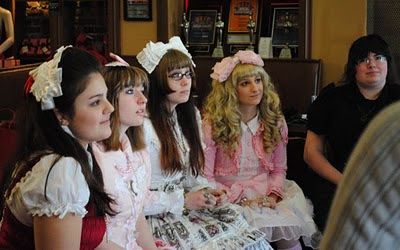 My group answering questions about meetups. 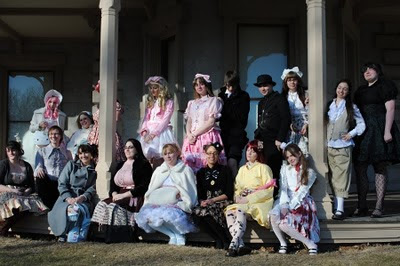 All of us on the front porch of some giant tourist mansion that was closed for the winter. 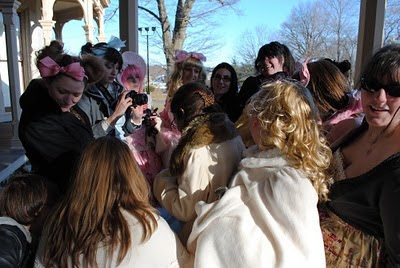 Gathering together for warmth! Not really, it was actually very nice out, we were just getting a group shot of skirt prints.

I had a great time and I really hope we can keep up the somewhat frequent, and large meetups!
Posted by caro-chan