Dolly Style: Can It Compete With My Love Of Lolita? 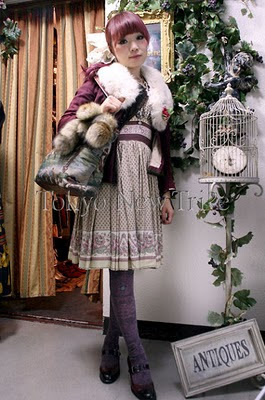 I usually don't go for other Jfashions outside of Lolita. None of them seem as thrilling to me as the frills of Lolita, but recently I have been seeing more and more of a fashion referred to as Dolly Style (or sometimes Antique Doll Style). What first caught my eye about this style is, well, it looks a bit like Lolita. Specifically some very old school Gothic Lolita coordinates. It's less about wearing brand, or having a specific look, and more about a decadent and antique aesthetic. It actually looks a bit like the style of goth that I wore before I got into Lolita, and it has a lot of elements that I loved that never seemed to mesh too well with Lolita, such as the eastern European aesthetic. They also use a lot of accessories that I love, such as large crucifixes, and tassels (a love I picked up from the band Rasputina, as Melora has on occasion worn huge curtain tassels as accessories).

As the style is much less defined as Lolita is, as well as being very new, it's difficult to pinpoint what exactly makes something Dolly Style. It's a little bit Lolita, a little bit Mori, and a little bit Gothic. The skirt length ranges from full length to very hip mini skirts. The inspiration seems to be drawn from medieval dresses, eastern European, and Victorian styles. The colors range from the pale, dusty pastels of Mori Girl, to the deep jewel tones of Gothic. The style can also be as layered or as simple as you chose, some girls wearing, what looks like, every dress they own, others wearing simple dresses with a few accessories. Patterns, textures, and accessories seem to be a big part of the look. With ruffles, bold jewelery lace, fur, tears, and tatters being the focal points of outfits. In short, the style, as it's name implies, encourages you to look like a forgotten antique doll. 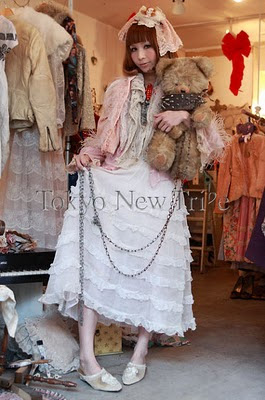 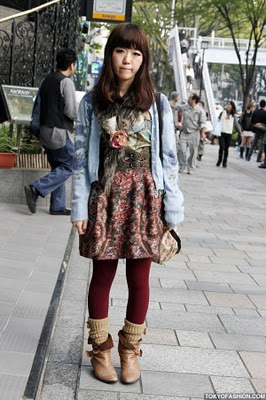 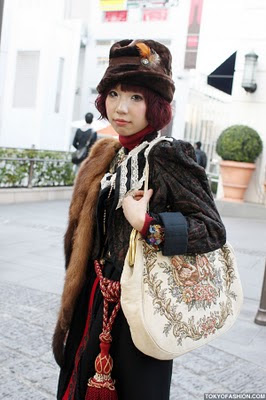 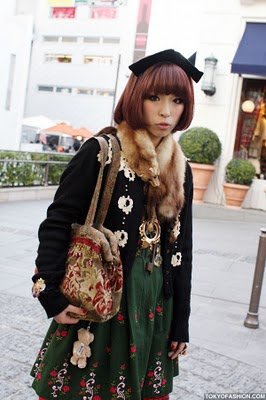 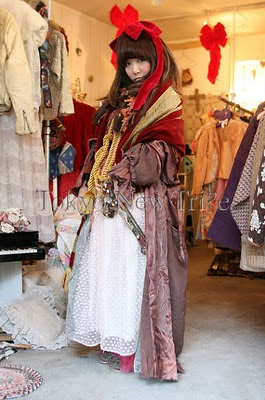 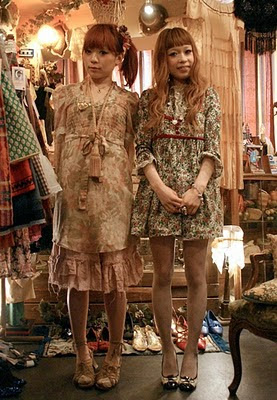 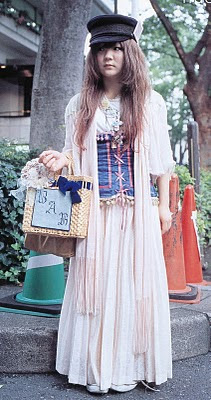 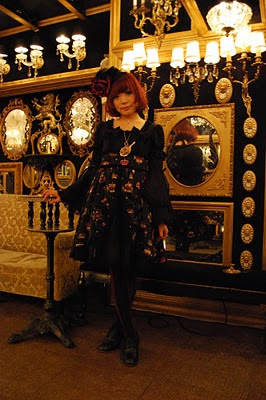 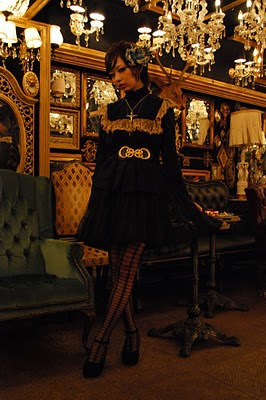 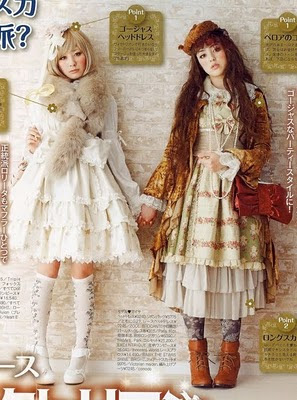 In contrast to the sometimes brand centric Lolita attitude, Dolly Style encourages you to wear vintage, if not outright antique clothes. In Japan two used clothing shops, Cult Party and Grimoire are a Dolly Girl's wonderland. In the US, we obviously don't have those 2 particular shops, but a very wide variety of vintage clothing stores, thrift shops, consignment stores, Goodwills, and antique stores are found in abundance. Especially here in New England! I swear there are 3 vintage clothing stores, a Goodwill, and about 10 antique stores within 10 minutes of me. And while your local Goodwill might not be as glamorous a place as Grimoire, with some clever hunting you are likely to find the same kinds of clothes. 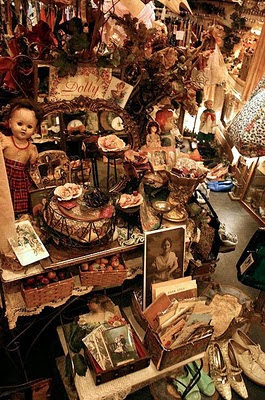 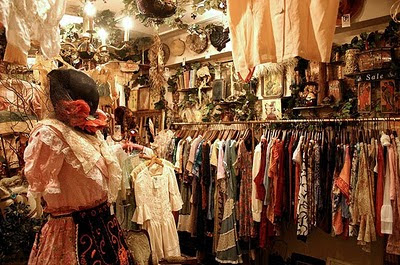 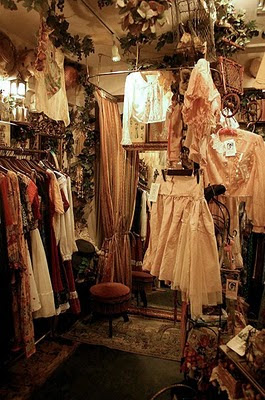 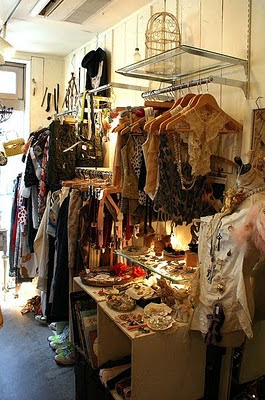 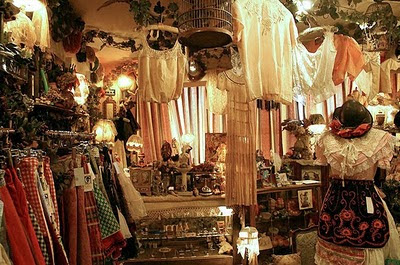 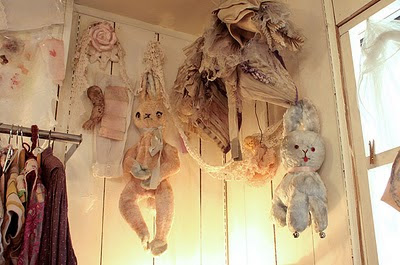 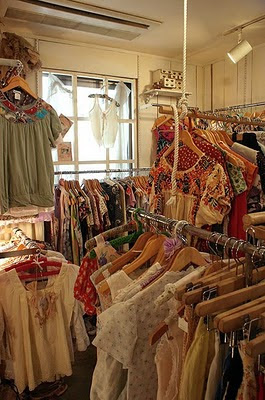 Like many fashions, I think it would be easy to incorporate this romantic antique doll look into a Lolita coordinate. Worry less about matching colors and shades perfectly and more about wearing as many interesting pieces as you can! I think that if you start with a base of a boldly printed Classical JSK you can really put something together that definitely looks like it is inspired by the Dolly Style. Because I can't get enough of virtual coordinates, here's my try at merging Dolly Style with Lolita. 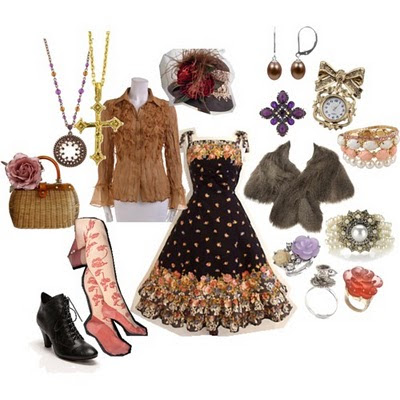 I have so many clothes in my wardrobe, many of them are vintage romantic pieces like the ones that are often seen in this style. I think I'm going to have to try this out in real life. It's going to be fun digging out some old clothes I haven't worn in ages and finally getting some new use out of them!

Images from Fruits, Alice Deco, Tokyofashion.com, Drop, and Style Arena. Check out the links for more photos, and a bit more info on this emerging fashion. And yes, LaCarmina recently did a post about the same fashion, using some of the same photos I am, but I did not just repost what she wrote (obviously), there is simply only a handful of places about this fashion online at the moment. So we don't exactly have a goldmine of images to sort from.
Posted by caro-chan