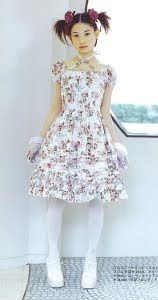 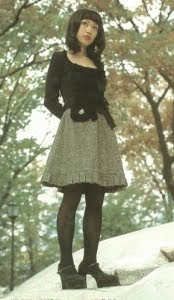 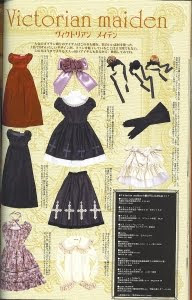 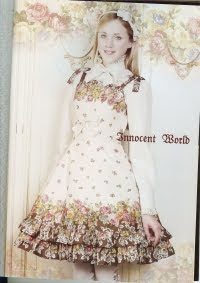 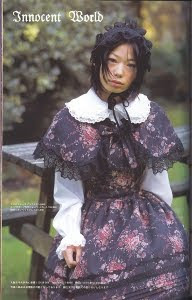 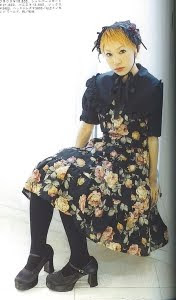 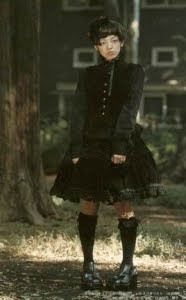 
I've combined Victorian Maiden and Innocent World in one post, just because I don't have much to say about either of them. I think that Innocent World, much like Metamorphose, has stuck to its roots, while Victorian Maiden has more or less joined the Lolita mainstream. Many of Innocent World's older pieces would fit right at home in some of their newer lines, and they are a brand known for having a few signature cuts of dress that they re-release in various color combos and prints over the years. On the other hand Victorian Maiden has gone from the early anything-goes attitude of Lolita, long velvet dresses, skirts that can't fit a petticoat, and satins, to the more up-to-date style of full cotton skirts.

I also feel that Victorian Maiden has sort of lost a bit of their charm with the mainstreaming of their ways. They still make beautiful things, but I used to love the fact that Victorian Maiden was the odd gal out. Sure, every now and then they'll put out something reminiscent of the good old days, but I'm not exactly rushing to pre-order it. It would have been very interesting if Victorian Maiden had evolved with more emphasis on the Gothic style that they looked like they were leaning towards in the beginning.
Posted by caro-chan