Old School Musings: How Being A Lolita Has Changed Since 2001 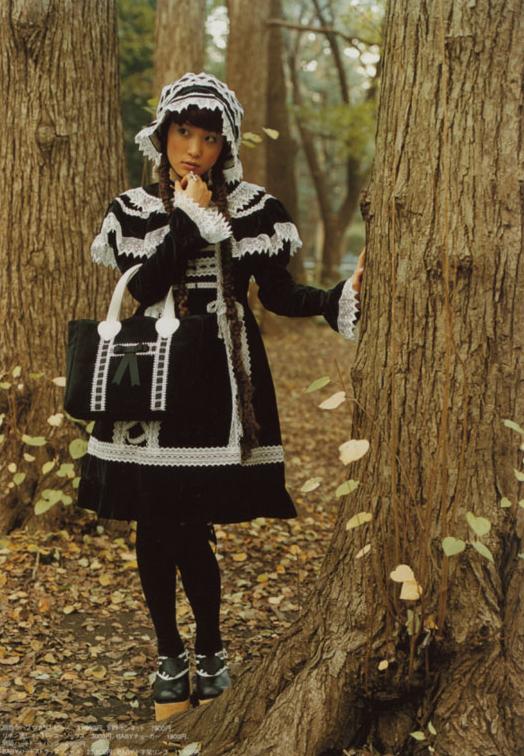 I've been thinking a lot about old school Lolita lately (not that that is anything out of the usual for me!) and in particular how much Lolita, and being a Lolita has changed in years since I first discovered the fashion. Lolita has changed so much since I first learned of the fashion sometime in the early 2000's! It's been so long that I honestly don't even know exactly when it was I heard about it. I am almost positive it was sometime in 2001 or 2002, because I remember asking a friend who had a non-dialup internet connection to download some music from the very shortly broken up Malice Mizer for me, and I know that I learned about Malice Mizer and Lolita at the same time (how could you not back then!). Back then Lolita, outside of Japan, was so heavily wrapped up in Goth and Jrock and Japan that it was pretty impossible to like just one of them it seemed. To be a good Goth I should be interested in Lolita and to be a good Lolita I had to like Jrock and to like Jrock I had better be interested in Japan! Or at least, these were the things I told my teenaged self.

This was all shortly before Hot Topic released their first wave of “Loli Goth” products that were so iconic of  doing it wrong. I remember how completely appalled everyone was to find out that Hot Topic was dipping in on our totally secret trend and I feel like a lot of people from back then lost interest in Lolita for fear that it was going to “go mainstream”, but that was pretty indicative of a lot of the people (but certainly not all of them!) who seemed to be into Lolita at the time in the English-speaking online communities, for many people it was just another way of expressing how different and alternative they were. You can actually read a post from this era about the horrors of Hot Topic that is so charmingly angry here in an ancient Livejournal post.

I also remember the complete rarity it was to own brand, and how if you had a brand dress, that's pretty much all it took for you to be the best Lolita you could be! But on the other hand, due to brand rarity, there was a huge interest in thrifting loliable clothes and learning to sew for yourself. I can't tell you how many people had Lolita wardrobes made up of simple handmade gathered skirts, modified grandma blouses, and the least extreme square dancing dress they could dig up on eBay! I think this is all very embarrassing to us now, to think that we used to share sissy sites as sources for cutesy shoes in non-child sizes and tips on which sorts of square dance related keywords you can search for on Ebay to get some almost Lolita clothes, but it was sort of endearing. As difficult as it was to wear Lolita back then, we were determined and willing to work with what little we had to be Lolitas.

Lolitas now have it so much easier, it's still sort of surprising to me to see people's first Lolita outfits be perfectly put together and so accurately Lolita! I'm actually very envious of these girls who are just now learning about the fashion and who can with so little ease assemble a very cute outfit for themselves if they so choose, when I had to wait literally years before I could get my first real Lolita outfit! As nostalgic as I am for old school Lolita, I definitely do not miss the hassle and near-imposibility of being a Lolita back then!
Posted by caro-chan