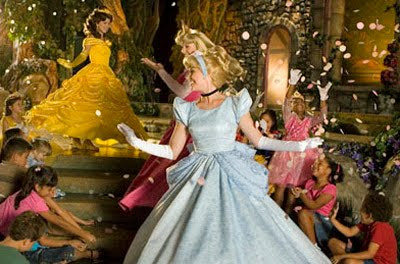 Princess and Lolita are often synonymous to some people, and Princesslyness is frequently the topic of many a blog post. Today, when I went to check my blog roll I was surprised (well, not that surprised) to find two different blogs talking about how Lolita makes them feel like a princess, and both posts, as well as many of the previous posts I have seen about Lolitas and princesses, can pretty much be summed up with the tagline from the movie A Little Princess: "Every girl everywhere is a princess." Well, that's great for those girls that enjoy that, but what about those who don't want to be princesses? I'm not just talking about girls who would rather slay dragons and go on adventures, because it is argued that princesses can slay as many dragons as they want, I'm talking about the girls who simply don't like having such a term as "princess" applied to either themselves, or the fashion they wear.

I never wanted to be a princess when I was little, and I certainly don't now just because I wear Lolita. I don't want to whistle while I work or learn to bake or giggle politely behind a lace fan. I am much more prone to bitching openly, ordering Chinese takeout, and laughing loudly at inappropriate moments. I don't see what building yourself a Disneyesque (or otherwise) fantasy world really has to do with wearing petticoats and designer dresses from Japan. I would much rather live my life as it is, with some frilly dresses thrown in for fun, than to construct for myself an elaborate fantasy as an excuse to wear fancy clothes and like pretty things.

Princesses may need to stick together, but the rest of us, the dragon slayers, the princes, the adventurers, the wicked queens, the brooding vampires, the just-plain-old girls, the grrlz, the boys, the bois, and even the regular every-day grownups who are perfectly happy being a grownup, well, we're fine on our own.
Posted by caro-chan