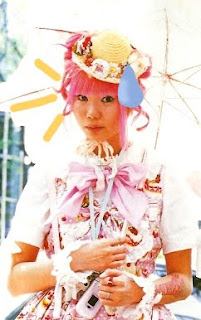 Like it or not, the online Lolita communities are often a big part in being a Lolita. The rarity of the style in the real world has lead us to band together, across the country and the globe, online. Even if you don't participate in the various Lolita forums and communities, you probably still use them as a news source.

Newbie Lolitas often hear stories about EGL, the main Lolita LJ community, and how it is filled with elitist drama-whores who are all just waiting for fresh meat to show up so they can have someone to pick on. Because they feed on the sweet sweet tears of new Lolitas. As you can imagine, this will often scare away newbies from the communities altogether. I mean who's going to want to even take the advice of such vicious bitches, let alone mingle among, right? I can hear you groaning, is this is going to be one of those long rants about why we have to all get along online? No, it's not, this is more of a quick guide for beginners, for anyone who is too timid to jump into the online communities, specifically EGL.

The very first step, before we even get to the handy bullet list, is to know that all that bad stuff you hear about EGL is false. No, I'm not just saying this to make you feel better, it really is false. Sure, there are a few people on there who might live to make strangers miserable, just like on any community, online or off. But these kinds of people are a very small minority in the communities.
If your fear lies not so much in being rejected as it does in going unnoticed, just remember to be an active part of the communities! Participate in discussions, answer questions, share, or even host a meet-up or two if you can. 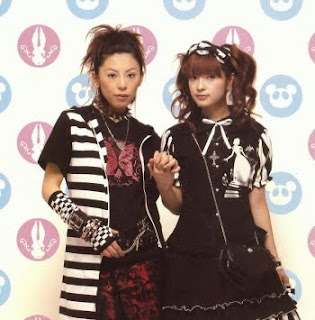 This may seem like a long list, but it's really all just common sense. There is really no reason to avoid the online communities, you'll just be missing out on such a large part of being Lolita if you do.
Posted by caro-chan