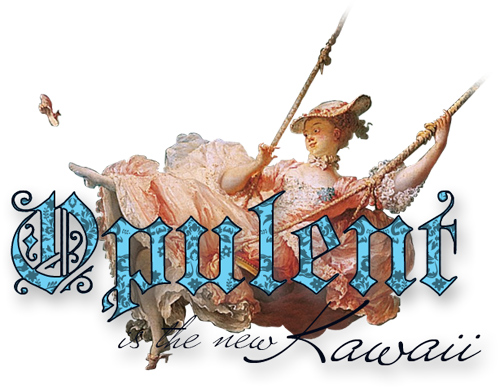 Kawaii is dead, long live the opulent! Okay, so that might be a little extreme, but I have definitely noticed a change in Lolita trends lately. A few years ago, to be the best Lolita you could possibly be, it was encouraged to just pile on the kawaii, quite literally sometimes, as Lolitas carefully would pin actual stuffed animals to their piles of pink curls. Nowadays, stuffed animals and pastels have been, for the most part, cast aside for more elegant trends. But that doesn't mean it's not as over the top as ever! We Lolitas are not exactly known for our restrained fashion tastes, so now that Classic is more in the lime light, of course Lolitas are going to go all out with it.

Ages ago I wrote a bit about this emerging trend here, but now that the trend is in full swing I would like to revisit this topic. When I first wrote that post back in 2011, I actually got a fair amount of flak from that article (although I lost most of the comments in a comment system move!) from people who thought that Classic Lolita shouldn't be elaborate, that it was supposed to be a more toned down style. Two and a half years later it would be appalling to make such a suggestion! Now there's no doubt that Classic Lolita can be just as elaborate and over the top as Sweet Lolita was known for being, it's everywhere! Without a doubt I feel that the previous trends of kawaii are being replaced more and more with opulent trends.

What exactly does this mean? I feel like there has been a definite aesthetic trend emerging. For the past few years keywords like princess, childlike, cute, and baby doll could easily be used to describe popular Lolita trends, and popular Lolita outfits typically featured soft baby colored pastels, shorter hemlines, and quirky prints and accessories that tugged on our sense of childish nostalgia (the 80's inspired Fairy-Kei was a very big overlapping trend with Lolita for a very long time!). Currently I am noticing these type of aesthetic keywords being replaced with similar, but strikingly different, keywords such as regal, refined, elegant, and porcelain doll. Let's take a look at some of the individual trends happening within this current trend of opulence! 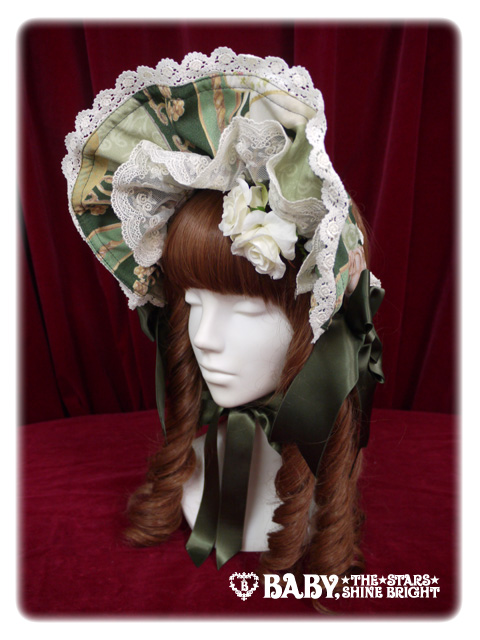 Bonnets have always been around in Lolita, and go in and out of style, but they've come back in a big way with the new trends, often worn with waves or curls. In addition to bonnets, headwear has gone less from just slapping a headbow on to wearing elaborately styled hairdos and decorating them with various corsages and clips. This new opulent trend has no room for the twin tail wigs of the past, or at the very least, there is simply no room for them under our bonnets! 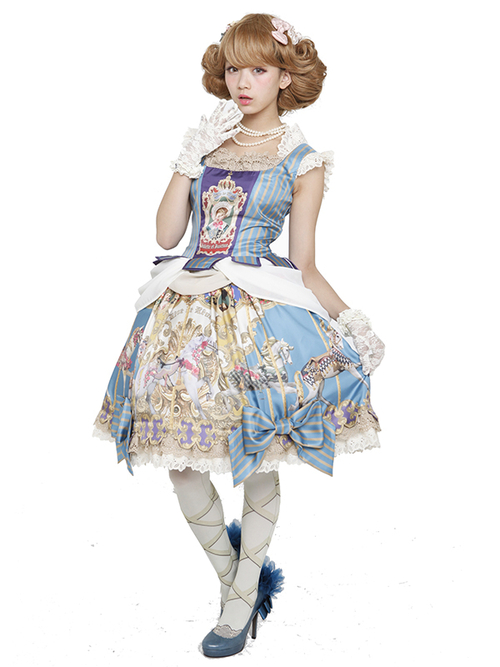 In terms of popularity, Classic inspired prints have replaced the more saccharine prints. Even Angelic Pretty, who spearheaded the ultra-kawaii trend, has been releasing more and more classically inspired prints, and often in bolder colors than the soft muted pastels of the past few years. The opulent trend has even upped the print ante a bit and has grown quite fond of mixing multiple prints in the same outfit, à la Dolly Kei. 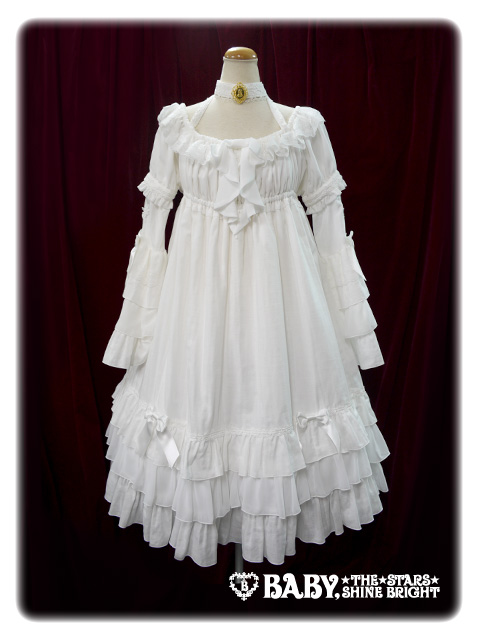 Hemlines in Lolita appeared to be rising fast in Lolita, and petticoats were just never poofy enough for the kawaii trends. But in contrast, the more opulent trends favor longer skirts, often with underskirts to lengthen hemlines even more, as well as a much less extreme poof. We're also seeing a lot more empire and trapezoid dresses getting more positive attention than they did during the reign of the kawaii. There are still a lot of poofy dresses out there, but I think what we're definitely seeing with the opulent trend is a much greater variety of silhouettes getting attention. 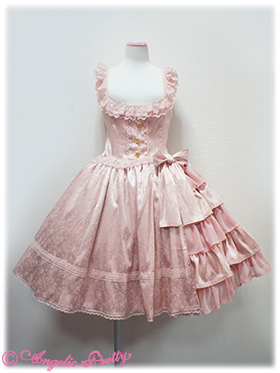 Back when kawaii was king, most every popular dress was inevitably going to be a cotton dress and the focal point was intended to be the print on it, the rest of the pieces in the outfit (blouse, socks, bolero, etc) were generally chosen based on how well it's color complimented the print color, and were for the most part still opaque cotton. Now we're finding brands releasing more popular pieces that experiment with a variety of different fabrics, from sheer chiffons to shimmery satins. Even legwear is no longer limited to a cotton knit sock, but a variety of different textured sheer stockings and silky printed tights have been released by brands lately!

Personally, I find this change in trends very exciting! Super Sweet Lolita was never really my cup of tea, and I found the style of the individual pieces to go stagnant after only a short time, with the only real changes in the fashion during the reign of kawaii to be superficial, limited mostly to the realm of accessorization than to the actual dresses: hair, jewelry, and print trends changed while the individual Lolita pieces being released were more or less unchanged. I felt that the kawaii trends came with a "coloring book" style of experimentation, as Lolitas we were given a very basic dress cut and a rainbow of pastel crayons, and while we could do what we pleased with them, there was little we could do to change the basic dress with them. With the rising popularity of more opulent trends I am seeing much more experimentation among brands in terms of materials and silhouette. Of course, this trend is still relatively fresh, and it could easily revert to the "coloring book" style of releases that we saw for much of the kawaii trend, just with calf-length brocade dresses rather than above-the-knee cotton dresses!

Brands are still releasing cute and bubbly kawaii inspired pieces, and Lolitas are continuing to wear them, just as they were releasing more elegant pieces during the kawaii years, it's simply that the focus has shifted from one to another! What do you think about this shift from kawaii to opulent? Are you excited for the change in trends? Or does your heart still beat doki doki for the kawaii?