Last week I got the chance to get together with not only a couple of incredibly talented Lolita designers, but also a number of lovely models. Aly a.k.a. Miss Lumpy has recently opened her own shop, Amaranth Opulent, and Lindsay of Lolitas-N-Cream, a sweets jewelery collection, has recently branched out into clothing designs under the name Lolita Nouveau. It was incredible getting together for a day of photo shoots with these two, I could practically hear my wallet crying out in fear as I got to see first hand the beautiful things they both create. The models were fantastic too, I got the chance go work with Crystal of Pretty Wonderland, Jesi of Sweet Teef, Dalin of La Vida Frills, as well as sneaking Aly and Lindsay away to get some photos of them in my designs.

In anticipation of this photo shoot, I spent some time making new bonnets as well as a few new items for my shop, such as mini tricorns, cake hats, and sweeter styled jewelry. 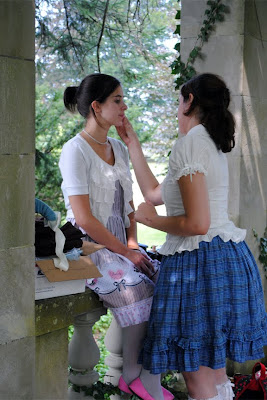 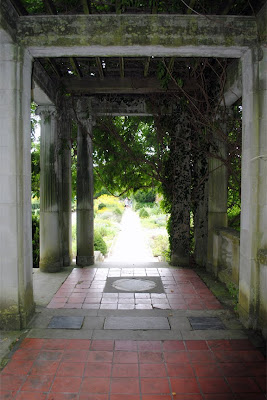 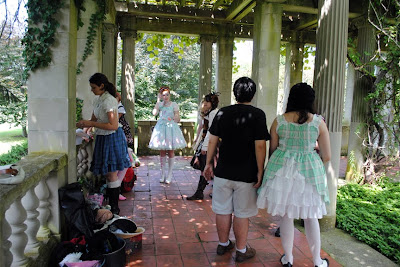 A couple getting ready shots. We sort of overtook part of an incredibly beautiful ivy covered stone walkway. Check out the second picture, of the end that we didn't cover with hat boxes and suitcases and makeup bags, it's like something out of a fairy tale! 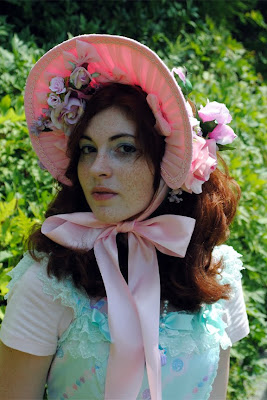 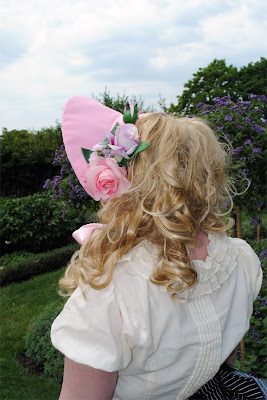 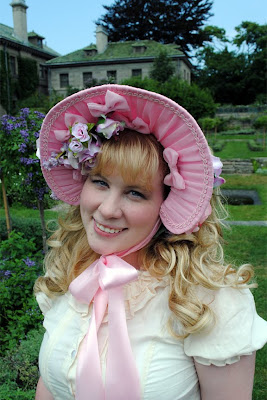 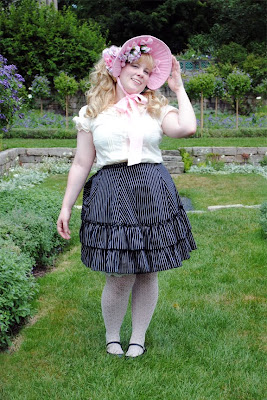 My newest bonnet is a pink and lavender OTT Sweet Lolita one. This bonnet, while the base is relatively simple it is very decorated with a lot of flowers and little chiffon bows. 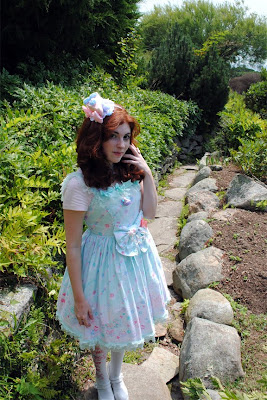 A new addition to my shop, which the first one actually sold out within an hour of posting it is cake hats. I just love making things out of felt, it's so fun and the result is always adorable. I could not resist making an over the top cake slice on a headband! While this one may be gone, keep on the look out for more in the future. 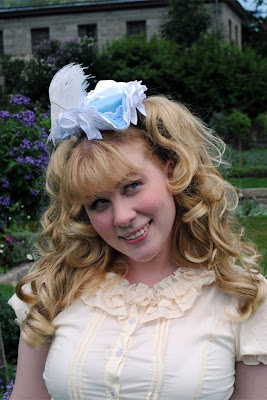 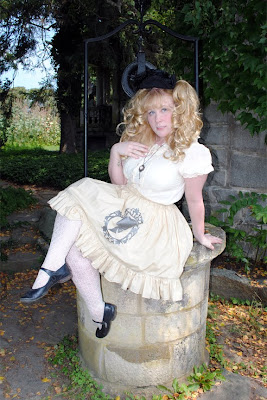 Another new addition to my shop is mini tricorns. I've been wanting to make these ever since I got into millinery and finally got around to just now covering a base I made months ago. I found out it was so fun that I made another one a couple days before the day of the photo shoot. 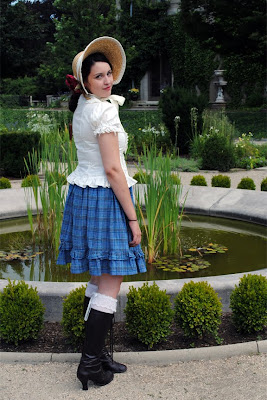 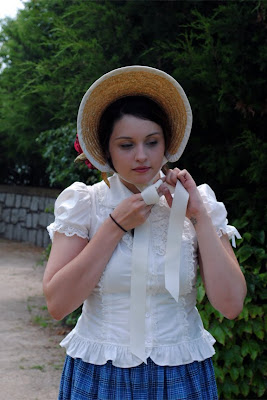 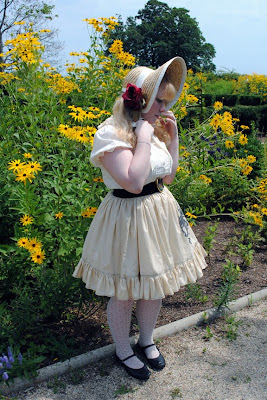 Something that is not yet in my shop are straw bonnets. This one is from my own personal collection and is a prototype for future ones. Straw bonnets are very different from my regular bonnets, as they are made with straw hats, cut and shaped into bonnets and then decorated with trims and flowers. They are much simpler than my regular bonnets and will be much less expensive, that is, when I finally have the time to make a couple and get them posted! 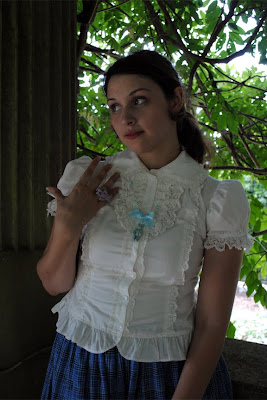 For a while now I've been making sweeter jewelery, mostly featuring little hand sculpted teddy bears I've been making out of polymer clay. I really enjoy making jewelery for Sweet Lolita's because it's so colorful and fun. 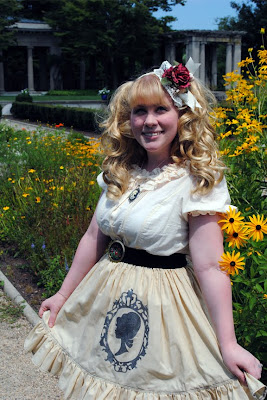 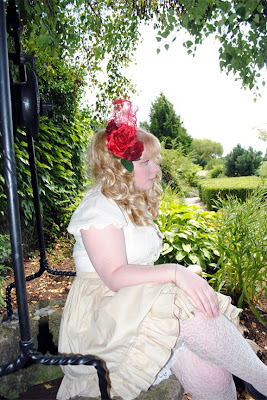 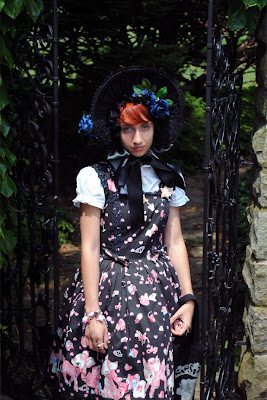 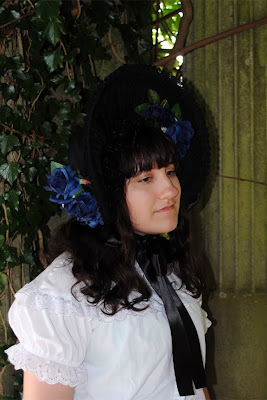 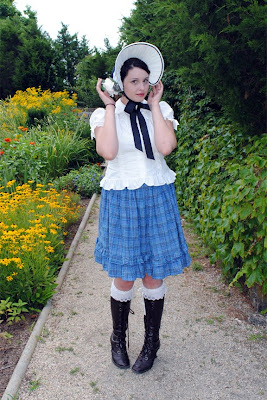 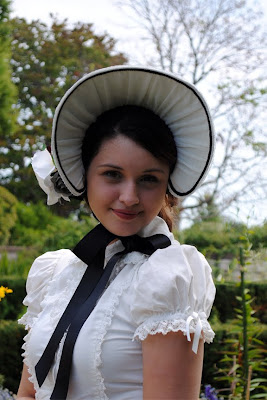 As well as some new pieces I also got some great pictures of a few of my older pieces, a few hair corsages, and the couple of bonnets I had left for sale. 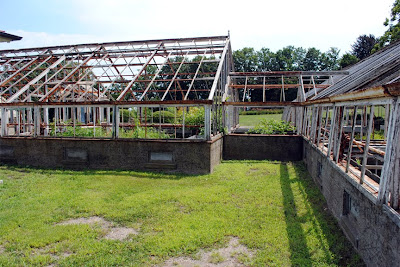 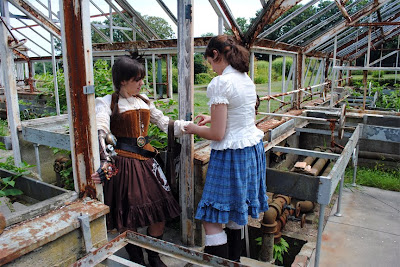 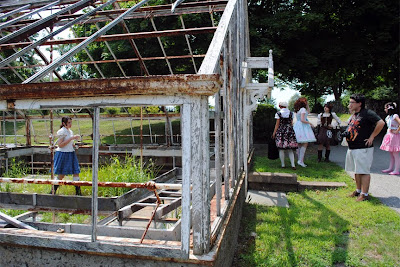 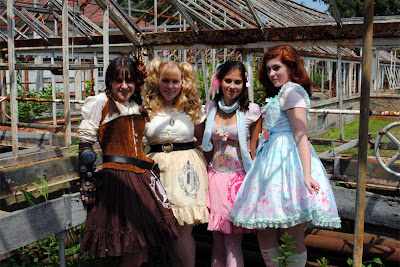 Here's Lindsay and a few girls modeling her new line of skirts. The park had a fantastic ruined greenhouse that was the perfect place for her Steam Punk coordinate. 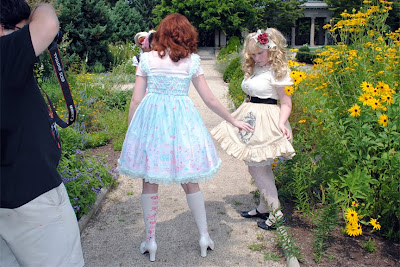 Another quick behind the scene's photo! Lindsay fixing Crystal's skirt while our photographer gets ready to take some pictures. 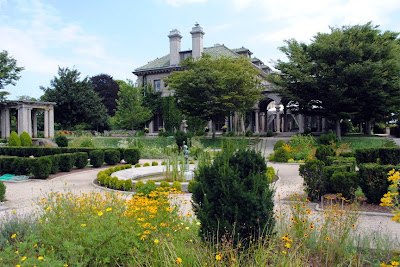 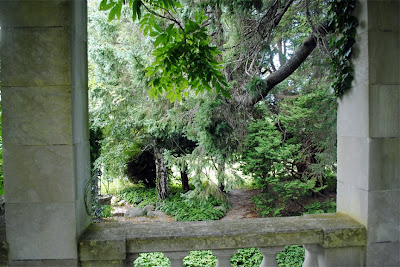 Here's a couple more photos of our location! We were in the beautiful Harkness Park, a Connecticut state park that's filled with beautiful gardens, architecture, and a couple of sprawling mansions. 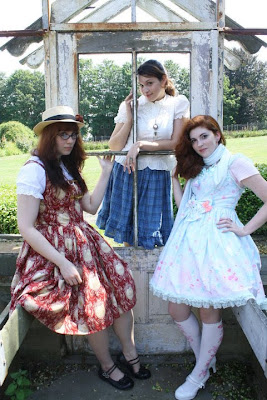 A final photo of the three designers. I'm on the left, Aly's in the middle, and Lindsy is on the right. While I did all of my own photography (I'm trying to learn to be a better photographer!) this particular photo was taken by the photographer that joined us, Sean Walsh.