When Your Friends Leave The Frills 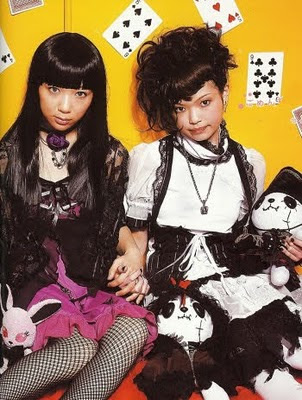 Finding a friend in the Lolita fashion is something that many Lolitas crave. While some are content with being a lone Lolita, many are looking for a friend to share their frilly passion with. But what to do when you've found such a friend, but they start to loose interest in the fashion and are considering leaving Lolita?
One of my first Lolita friends has recently made the decision to leave Lolita. While she doesn't plan on permanently leaving the fashion, she is taking an extended break from it. She simply doesn't have the time or the money at the moment to keep up with the fashion or fill out her wardrobe in the direction she wants it to go. So, instead of having hundreds of dollars worth of clothes sit around, unworn, in her closet, she's selling the majority of them to pay for school books and general things needed for a life outside of the frills.

I plan on buying a couple pieces of hers that I've always loved, such as a couple Suppurate System necklaces that I've positively envied ever since I've known her and a BtSSB headdress that she asked me to add to an order I placed when we first met each other. It was the same order that I got my first brand dress from!

Lolita was what brought us together, but it certainly isn't what kept us together. Like any good friendship, ours wasn't based on something silly like wearing the same clothes. We both have the same nerdy interests, dorky hobbies, and stupid sense of humor. Even though we haven't seen each other a lot lately, I still love hanging out with her in her neon painted bedroom and just chatting (and often ranting) about whatever we feel like. The next time we get together, only one of us will be wearing a frilly dress and matching headbow, but it will still be just as great as it's always been. 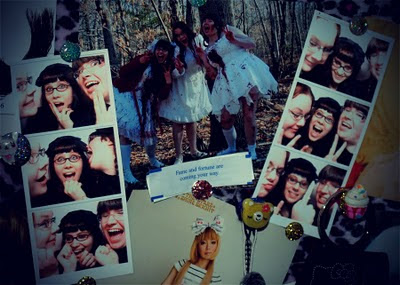 Have you ever had a friend who left Lolita? How did you feel about it, and are you still friends regardless, or did you realize that, sadly, your only common interest was the Lolita fashion?
Posted by caro-chan